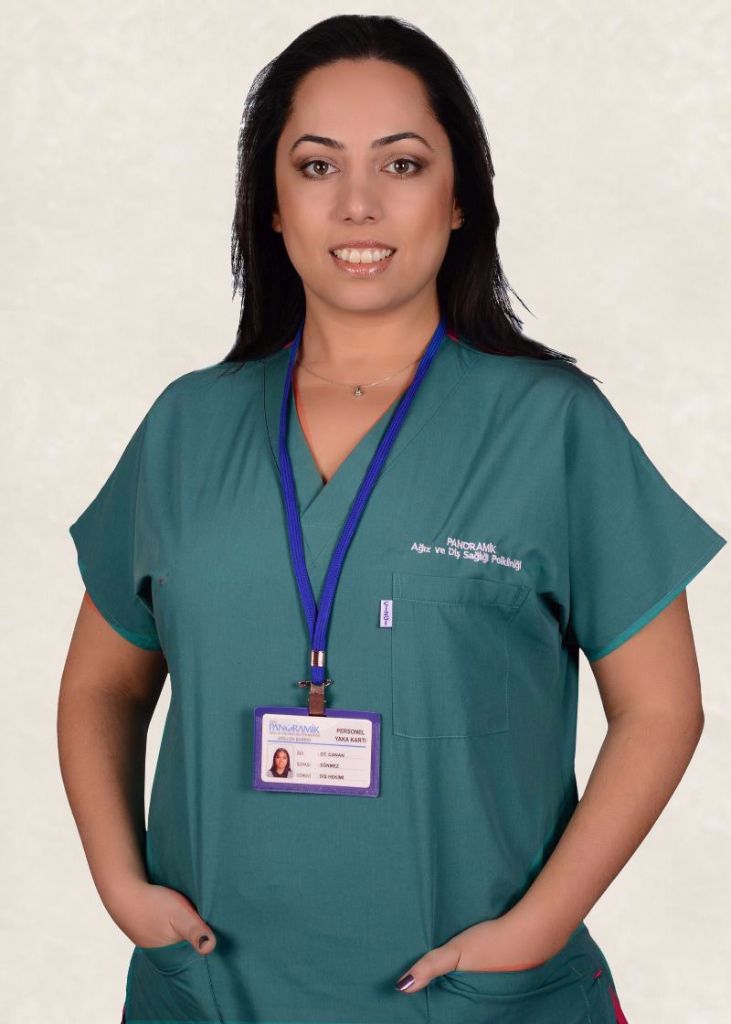 Dentist Canan SÖNMEZ, was born in Izmir in 1982, studied at Kastamonu Abdurrahmanpaşa High School. Then, she graduated from Marmara University faculty of dentistry in 2006. After she experienced for a year in Istanbul, she started to work as a contracted officer at land forces, Turkish armed forces, command in 2007. Following the education in Izmir-Mentes, Samsun Sahra Medical School, Ankara Turkish Military Academy and GATA, she worked as an officer dentist in various cities within Turkish Armed Forces (land forces). In 2014, she left from land forces as a senior liuetenant and started to work at Private Panoramik Oral and Dental Health Clinics. She is interested in laminate veneer crowns, zirconia crowns especially esthetics for smile. She has been working at the Güllük depart of the clinic.